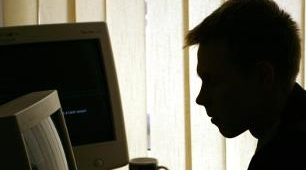 Events in the boardroom fascinate viewers of TV’s ‘The Apprentice’, but a fate worse than merely being fired hangs over directors, non-exec directors and managers who directly influence company strategy and day-to-day operations in the real business world.

Over 100 sections of the Companies Act 2016 can result in legal prosecution, due to negligence, poor practice or fraudulent activity. Directors and individual managers can be charged with offences including breach of trust, breach of duty, neglect, error, misleading statements, defamation, environmental pollution and wrongful trading. There are many more. Being found guilty can mean a hefty fine or even a prison sentence.

A company’s director or officer is in ‘default’ if they, “authorise or permit participation in, or fail to take reasonable steps to prevent”, the offence committed. Consequently, a director can be held liable for an employee’s illegal actions.

Cases are not just brought against registered directors. Someone who the directors trust and whose advice is followed – a non-exec or shadow director for example - can also be prosecuted, bringing shareholders, lenders, in-house lawyers and management consultants into the frame.

With nearly four million companies registered at Companies House (March 31 2017), many misdemeanours go unnoticed, but certain triggers such as company insolvencies, director disputes, shareholder activism and the much-encouraged whistleblowing, cast light on others.

The legislative burden grows continually and all companies must comply with multiple, evolving regulatory regimes, including staying abreast of overseas law if they have global operations.

The UK’s Bribery Act (2010), created a ‘failing to prevent bribery’ offence, whereby a director can be held liable for an employee bribing a third party, anywhere in the world. Incoming regulation in financial services, the Senior Managers and Certification Scheme, is further tightening regulation in this industry too.

Regulators, investors, creditors and shareholders can all lodge claims against company individuals, if finances are mismanaged and companies are run inadequately. Six-figure fines are common. For example, recently a road fatality led to the prosecution of a company’s transport officer, who failed to address vehicle deficiencies over an extended period. He was found guilty of manslaughter by gross negligence in a case costing  the  business £200,000.

Another case, relating to the dangerous driving of a road sweeper, resulted in a £118,000 fine, whilst a property developer who failed to seek shareholder approval for land purchase was not found guilty, but incurred a legal costs bill of nearly £750,000.

Any director or officer acting outside their terms of reference can face civil, criminal or regulatory proceedings and have personal monies and assets targeted by compensation- seekers.
Frequently, directors and officers insurance (D&O) is a ‘get out of jail card’. It often costs a business less than £750 a year and covers defence costs, plus compensation payments. Without it, a director or officer not only has to pay legal costs and awards themselves, but they also have to pay for lawyers to act for them during criminal proceedings and as they try to avoid director disqualification.

The latter can lead to a 2-15-year ban on holding directorships and the stigma of being deemed ‘unfit’ to run a company. It can also potentially damage personal credit history. Even death and retirement bring no escape. Estates can be forced to pay fines and past actions follow directors. For this reason, D&O insurance incorporates a run-off period following a director’s retirement, to protect individuals who were insured at the time of an incident, irrespective of when the claim is actually made.

Employment practices liability can be added to some D&O policies, covering areas such as employee discrimination, unfair dismissal, harassment and failure to promote an individual. This makes D&O even more attractive, particularly when it helps attract top talent who want the reassurance of insurance back-up.

With great power comes great responsibility, but too few company business owners recognise this. If you now see a need for D&O protection, please get in touch.

Does your small business or charity rely on a computer system? Does it contain sensitive information, including personal data…

Does my not-for-profit need insurance?

We understand that not-for-profits are important not just to those involved, but also to the community and wider society. Having…

The latest trends in cyber-crime

Cyber-crime is on the increase. The UK’s 5.4 million small businesses are collectively attacked more than seven million times…

Whilst we welcome the Supreme Court judgement on 15th January 2021 in favour of the Financial Conduct authority and… https://t.co/BiqjRelQTL

Motor Insurance, including Fleet and Motor Trade - Foreign Travel - Due to the uncertainty of Brexit, please advise… https://t.co/CGQDmjfL81

Following Government advice, as of monday 23rd March 2020, our office will be closed to visitors in view of the cor… https://t.co/3RXYU1y6th

We are specialists in the Charity Insurance Sector. We have considerable experience dealing with a wide variety of not-for-profit enterprises.

With over 45 years experience in commercial insurance, we are able to help you with all aspects of insuring and managing the risks that face your business.

Do you have a unique situation or are you finding it difficult using the internet to obtain insurance for your home or possessions?